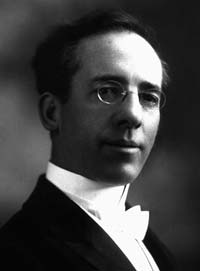 ñOh what a glorious sight he was that day we first saw him. There, buttressed across the whole valley and more, with his high flung crest manteled with a thousand ages of snow, Mount RobsonMount StephenArthur Coleman and Quincy Coleman on what was the first expedition to attempt to climb the highest mountain in the Canadian Rockies.

Arthur Coleman had spent several years searching for the legendary Mount BrownMount HookerLeopold Amery, and Moritz Inderbinen) had eyes on the peak, Kinney set out earlier in the season than planned, alone, "hoping to pick up someone on the trail to share fortune with me."

The Athabasca River had reached very high levels and both Curly Phillips and George Kinney had been marooned on islands for a few days before their chance meeting at John MoberlyÍs cabin above Jasper Lake on July 11th. Curly Phillips had also entered the mountains by himself, hoping to start an outfitting business. Even though Phillips had never climbed a mountain, Kinney thought the, "blue-eyed, curly headed clean-lived Canadian" was, "perfectly fit for the undertaking I had in hand." Fourteen days later they reached the base of Mount Robson. Twenty days of bad weather greeted them although they made three attempts, spending one night on the mountain at 3050 metres.

Finally, with their provisions nearly depleted, a clear day dawned. This would be George KinneyÍs twelfth attempt. After overnighting again on the mountain, they may have reached the summit ridge, now known as Emperor Ridge, on August 13th in dense clouds, cold, and high winds. The ascent was a tremendous effort over steep rock, ice, and snow. Curly Phillips had no prior mountaineering experience and did not even have an ice axe, using instead a stout pole from the forest below.

They had been ascending the immense northwest face of the mountain.This was the most direct way to the summit but has probably never been climbed since as there are several safer and better mountaineering routes on the peak.

In 1913 a team of experienced climbers organized by the Alpine Club of Canada journeyed to the peak under very different circumstances than those endured by George Kinney during his attempts. The group was able to travel to the base of the peak by railway and then to their base camp at Berg Lake beneath the mountainÍs northern cliffs by pack train under the guidance of Curly Phillips himself. Conrad Kain, an Austrian guide who had a well-established reputation with the Alpine Club, was to lead two experienced mountaineers, Albert MacCarthy and William Foster. The route Kain had chosen was on the northeast side of the mountain and was quite different to that climbed by Kinney and Phillips in that most of it was on ice. According to the clubÍs official records, "Thirteen hours of strenuous fighting up rock cliffs and dangerous slopes of snow and ice, where sixteen hundred steps had to be cut with the ice axe, brought them to the summit at 5 oÍclock in the evening." Kain later wrote that, "Mount Robson is one of the most beautiful mountains in the Rockies and certainly the most difficult one."

Please see Mount Robson for details of the mountain and the controversy over the "First Ascent."

The following summary of George Kinney's life after the Mount Robson climb is taken, with permission, from "Pushing the Limits" by Chic Scott:

"Kinney was a man of idealism and principle. The year follwing his ascent of Robson he allowed 24 square inches of skin to be removed from his leg witout anaesthetic, and grafted onto a young girl who was seriously burned. During the First World War, as a conscientious objector, he served as a stretcher bearer in the 4th Field Ambulance Corps. Most of his life he devoted to he United Church of Canada, ministering to remote and neglected communities. In the 1920's he established the Kootenay Waterway Mission in the interior of British Columbia, then later served the isolated ports along the west coast of Vancouver Island. During the Depression he worked with the men on relief and from 1937-1942 worked with the native Indians at Koksilah. At 70 years of age he retired to Victoria where he continued to serve as a replacement preacher. Kinney's daughter, Betty McFarlane, wrote of her father, 'He was a man of God, who never pushed religion down people's throats -he would just slip it into the conversation. He could converse with anyone -he found people most interesting and he was interested in just about everything. He preferred to be a 'backwoods' preacher to preaching in a city church. He love the outdoors -God's Cathedral.'

As an inovator, Kinney would show Mickey Mouse films in isolated communities as a way of attracting people to hear his message. He also took many early motion pictures that are preserved in the Canadian Archives in Ottawa.

He married late in life, and with his wife Alice raised two sons and a daughter. It was difficult to eke out a living on the meagre church wages, but they kept a large garden and Kinney worked it diligently. An ice axe and a pair of nailed boots always hung in the house, a reminder of Mount Robson. George Kinney died in Victoria in 1961 at the age of 89 years.

Kinney Lake beneath the south face of Mount Robson is named in his honour."