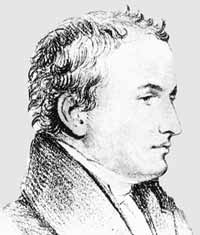 David Douglas was a Scottish botanist and naturalist. He was appointed botanical collector for the Horticultural Society of London and in 1823 travelled to eastern North America. The following year he rounded Cape Horn and spent two years exploring and discovering new varieties of trees and plants. One of the many samples sent back from this trip was the evergreen which carries his name, the Douglas Fir. Douglas suggested that its wood, "may be found very useful for a variety of domestic purposes."