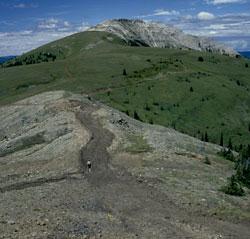 Province: Alberta
Headwater: Bow
Year Named: 1941
Named for: The mountain, like most in the Rockies, is made of limestone. (Two mountains in Alberta have this name.)