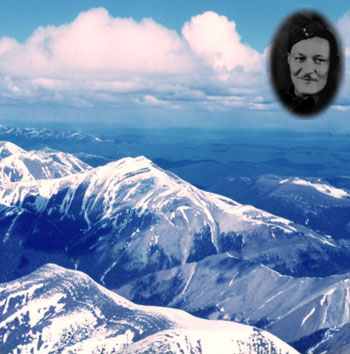 With the fall of Sicily by mid-August, 1943, the decision was made to oust the Germans from Italy. The 1st Division and the 1st Canadian Army Tank Brigade crossed the Strait of Messina to the southwest tip of Italy in September and moved northwards. Ortona, at the Adriatic end of the German winter line, fell to the 2nd Infantry Brigade in December, 1943 after bitter fighting. As the Canadians fought their way up the peninsula, mounting casualties included many Aboriginal soldiers. It was at the outset of the attack on Ortona that an Alberta Metis, Sgt. George Alexander Campion, was awarded the Military Medal (MM). His citation in part reads: On 22 December 1943, A Company of the Loyal Edmonton Regiment were attacking down the main street of Ortona, Italy, supported by a troop of tanks when a mine field was spotted about 25 meters in front of the leading tank. All the infantry were pinned inside buildings by machine gun fire from four guns. Engineers were called forward to clear the field but owing to this fire, it was impossible for them to get near the mines. Sgt. Campion asked permission from of his C.O., to lay a smoke screen. Permission was granted, and he gathered a pocket full of smoke grenades from his platoon, ran 30 yards (~25 meters) beyond the mine field into the open street and threw his grenades. A perfect smoke screen resulted. He then ran back to his platoon to collect more grenades. In the meantime the Engineers, who had not been able to complete their task before the smoke cleared, were driven back by machine gun fire. Returning, Sgt Campion laid another smoke screen which enabled them to clear the mines and thus allowed the advance to go on. The distance covered each time under heavy machine gun fire in the open street was approx. 30 yards (~25 meters). Because of his determination and absolute lack of personal fear on these two occasions, he contributed materially to the success of the operation. -Excerpt from: Aboriginal Veterans Tribute http://members.aol.com/aboriginalvets/alberta.htm -courtesy Dale Donald, Master Warrant Officer Ret'd Note that there is a Campion Mountain in the Rockies of BC named after the moss-campion, a lovely moss like plant that thrives in the alpine of the Rockies and becomes covered with small pink flowers.